Gaville is mentioned in the Divine Comedy because a Florentine nobleman, Francesco de' Cavalcanti, was killed by the inhabitants of the ancient castle. For revenge, the Florentines destroyed the castle. What has remained today is the medieval village and up until a few years ago were the ruins of an ancient structure annexed to the castle.

Gavillaccio has been restored and brought back to life once again, respecting the original characteristics and using traditional materials offering all the modern comforts.

Gavillaccio is in an extremely panoramic position; it is on the borders of Chianti and in the middle of a triangle of art formed by Florence, Siena and Arezzo.

Gavillaccio is an ideal place to stay for those who want to spend a completely relaxing vacation in natural surroundings, while being able to easily reach the most important historical and artistic places in Tuscany.

The residence is immersed in the beautiful and romantic church grounds of higher Valdarno, the most famous of which is S. Romolo a Gaville. Here we find medieval towns such as San Gimignano, Cortona, Volterra and the Casentine parks and forests with their retreats in Verna and Camaldoli as well as S. Francesco, Chianti with its splendid farms, and the characteristics of old towns and antique castles.

Figline Valdarno is the main town of the area. It is 6 km away from Gavallaccio and has a beautiful square, a historic center and medieval walls. Trains depart every 30 minutes from Figline train station to the central station in Florence – a 20-minute train ride.

Motorway A1 is a mere 4 km away from Gavillaccio.

“WE FOUND THIS ANCIENT RUIN AND WE FELL IN LOVE.
THOSE STONES WERE FASCINATING TO US WITH THEIR IMPRINT OF PAST STORIES.
MANY PEOPLE THOUGHT WE WERE CRAZY, BUT DESPITE THEIR DOUBTS WE DECIDED TO BRING IT BACK TO LIFE ANYWAY.” 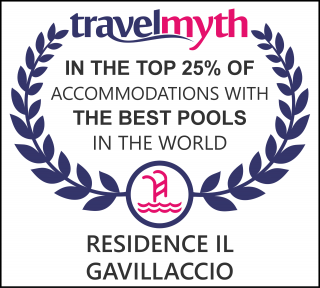